Maasai Villages, an Architecture Designed by the Traditional Pastoral Way of Life

The Maasai are an ethnic and semi-nomadic group who have developed a vernacular architecture that reflects the socio-economic functioning of their society.

The origin of a semi-nomadic group

The Maasai are an ethnic group living mainly in central and southeastern Kenya and northern Tanzania. They are a nomadic Nilotic people who originate from northern Kenya. They migrated south and are now a semi-nomadic people who speak the Maa language (Maasai means “those who speak Maa”), Swahili, in addition to the official languages of the countries they pass through. Today their population is around 2 million, with the main economy being pastoral activity. However, they remain threatened by expropriation attempts even though they now occupy the main wildlife reserves of the countries, being their first organizers.
As a nomadic people whose main activity is cattle raising, the organization of their community directly influences the architecture of the Maasai villages. The groups are made up of few members and the houses must be built quickly and easily, almost exclusively by the women who are the owners.

The typical Masaii village called Boma has a circular configuration. Each dwelling is located on the periphery forming a central space. The houses, called Enkaji, are built with branch arches covered with several layers of a mixture of soil, urine and cow dung. The whole thing dries in the sun in a few hours and isolates the house. The volume is small enough (5x3x1.5m approximately) to be built quickly. The plan of the Enkaji is quite simple, a kind of circular tunnel, which has only one opening. The interior space folds in on itself and is divided by thin partitions forming cells. The main and central room is the fireplace which is used to cook food, chase away insects (termites) and to light and heat the whole Enkaji at night. The adults sleep on a bed made of branches while an adjacent cell in front of the entrance is reserved for young animals.
The houses are surrounded by a fence made of thorny branches on the outside and another one on the inside, creating an enkang. Each house has a small homestead for the smallest livestock such as goats, calves and sheeps. The ensemble delimits a central circle (emboo) where the herd (mainly cows) is kept, to protect it from predators at night.

The way of life of a traditional group makes the architecture

Putting the herd at the center spatially demonstrates how Maasai society is organized and what is most valuable. Indeed, the size of a herd determines the wealth of its owner. The Maasai warrior guides the herd to graze during the day and a territory is occupied as long as the cattle can feed there, before migrating to another territory. A variant of these agricultural villages is built at the time of the Maasai warrior’s rite of passage to the Adute age. A ceremonial village, the Manyatta, is built by the mothers of the warriors, without protective barriers, so that the future Maasai warriors can prove their worth, courage and ability.
Maasai villages are a form of vernacular architecture that perfectly represents the uses and ways of functioning of an ethnic group. Livestock is at the heart of the activity and is therefore protected in the center and heart of the community’s village. The habitat is restricted because it has to be built quickly and will be abandoned just as quickly. Moreover, the person who builds a property, in this case the woman, is the owner. The spatial use, the architectural form is solely the result of the social and economic functioning of the Maasai Group.

Maasai territory Between Tanzania and Kenya 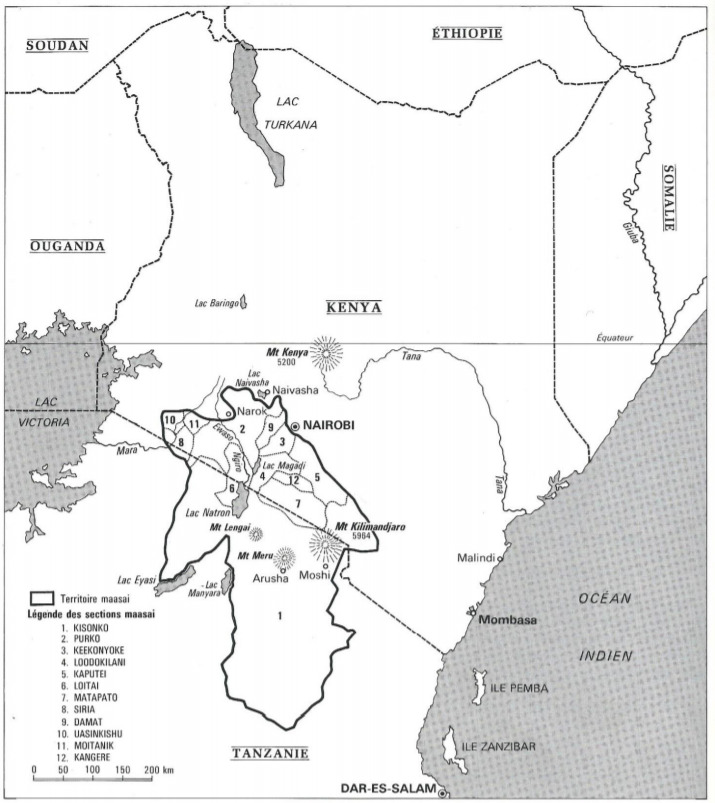 Configuration of a typical Maasai Village 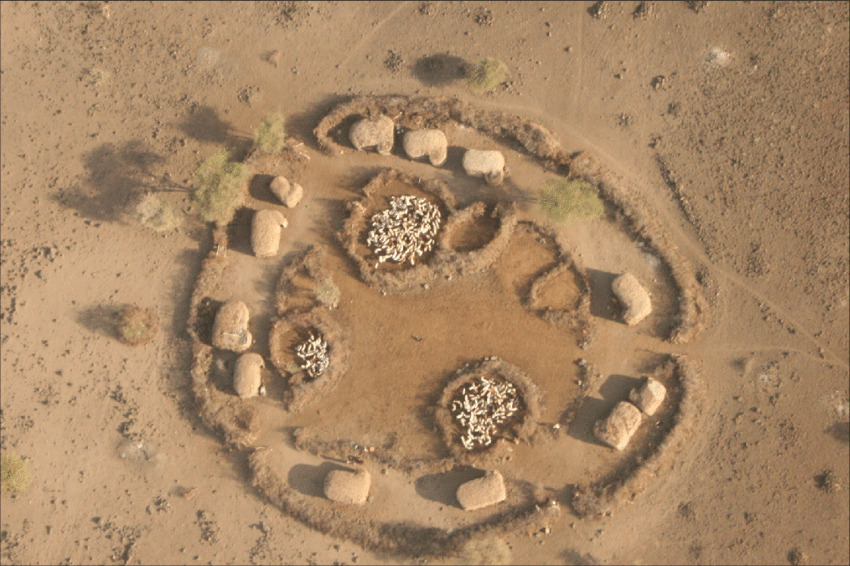 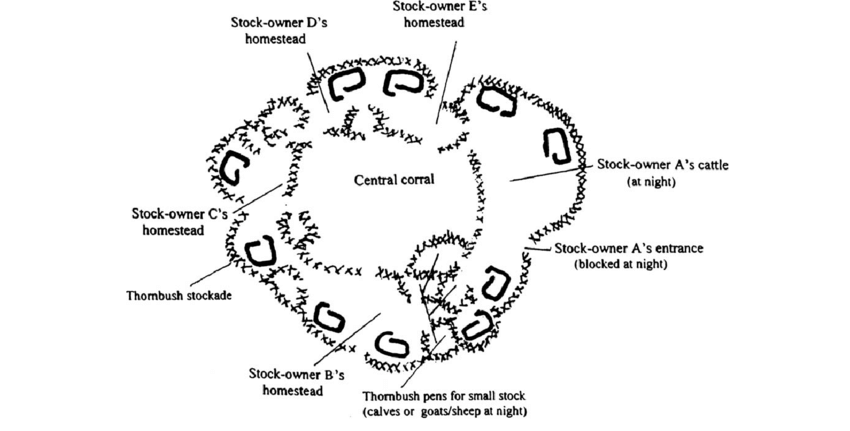 Plan and Section of an Enkaji 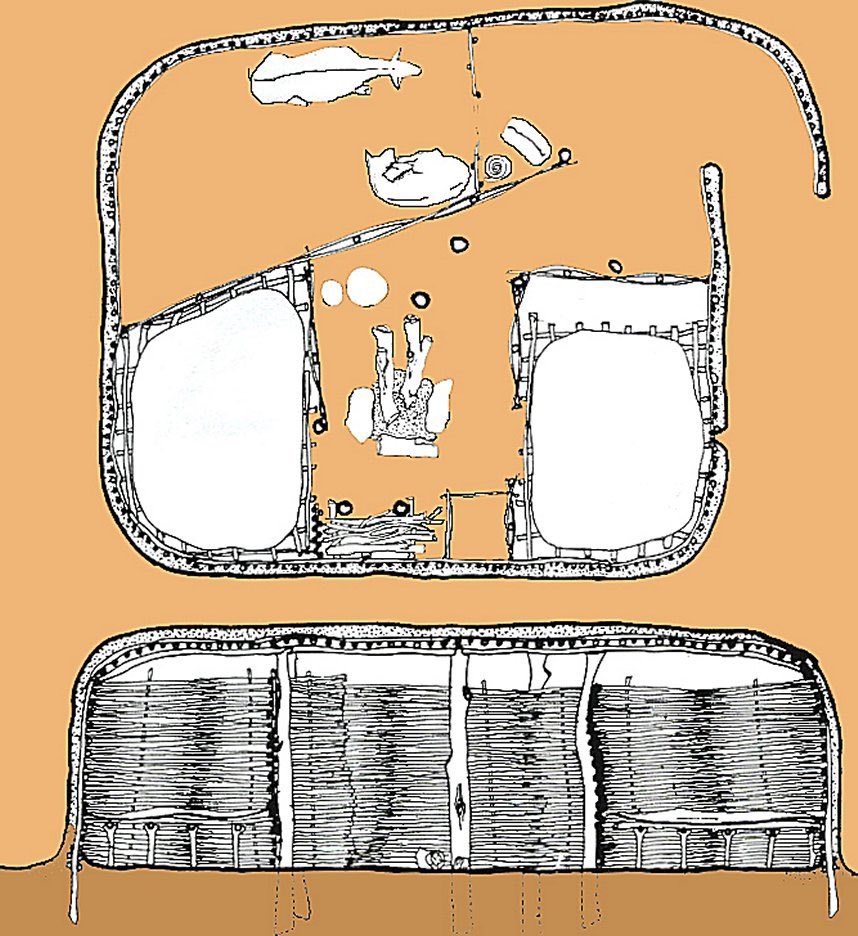 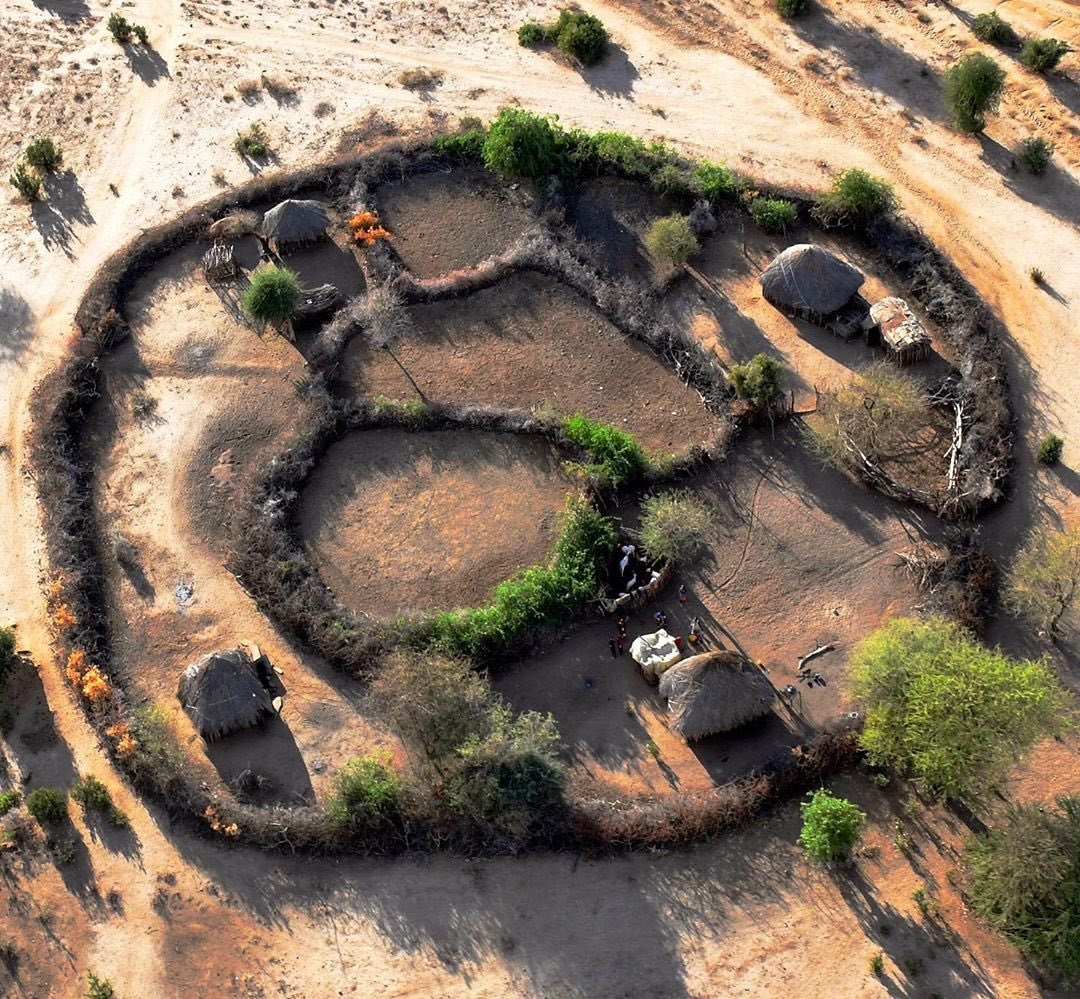 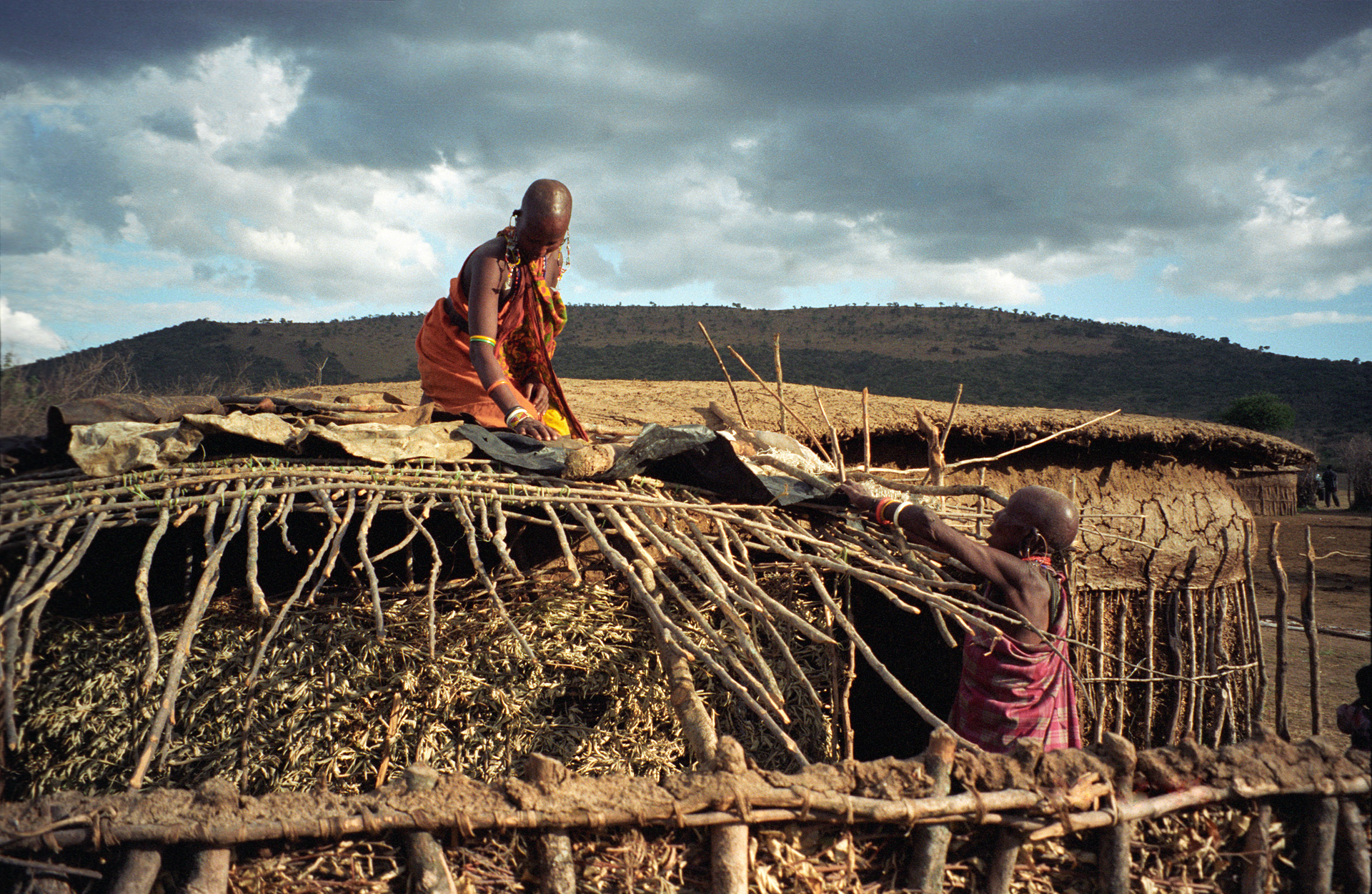 Masai village in the foothills of Mount Lolmalazin, Tanzania 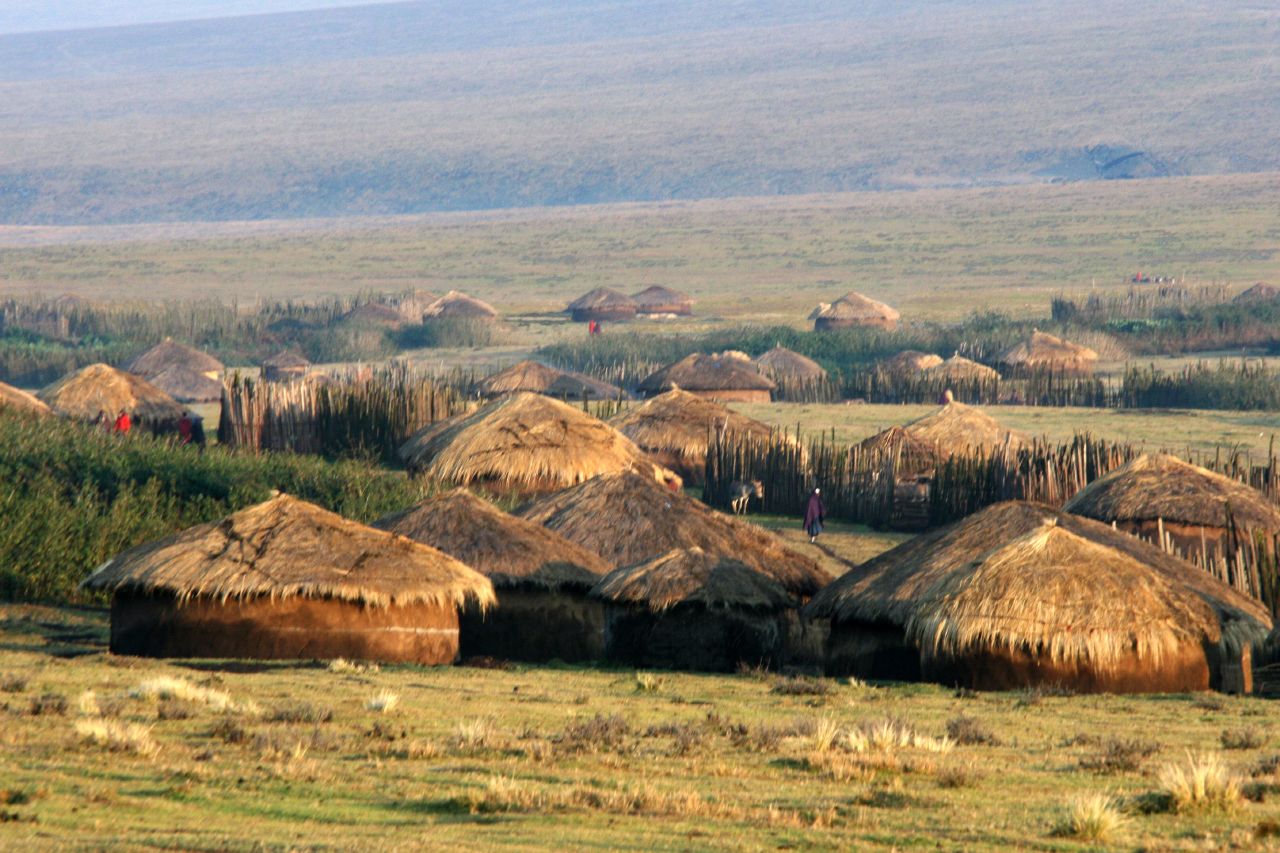 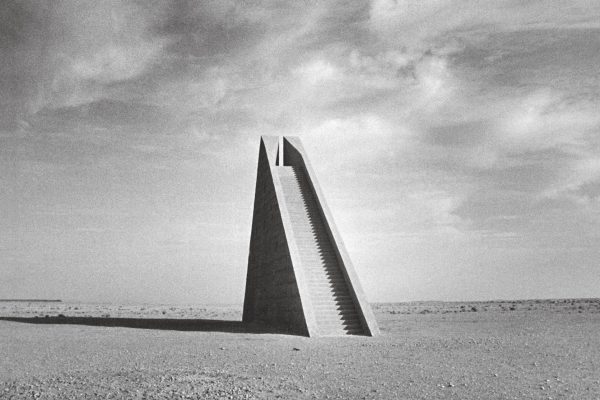 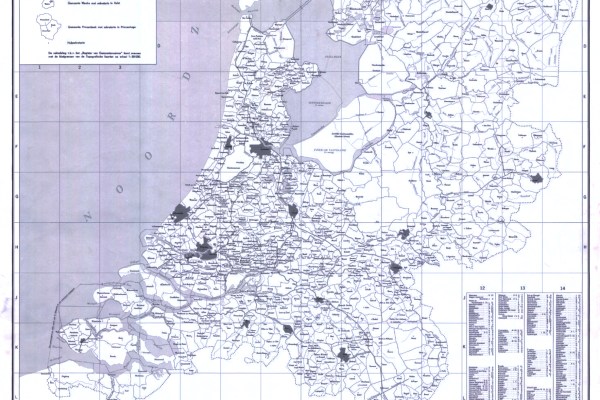 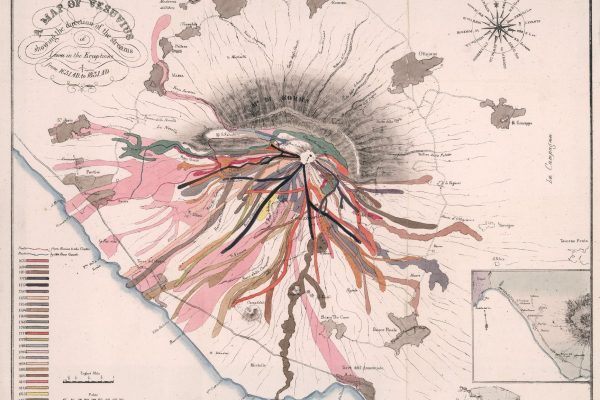 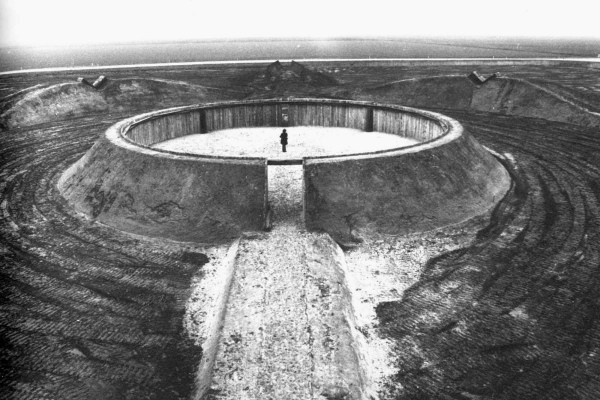