The Higüey Basílica, a Brutalist Cathedral in the Caribbean

After the Second World War an international competition was launched to build a basilica in the city of Higüey in the Dominican Republic. This city, which then had barely 10,000 inhabitants, saw the emergence of a monumental concrete cathedral at a time when its growing economic importance was just beginning.

Higüey is a city located in the east of the Dominican Republic, about 50 km from the coast and Punta Cana. In the second part of the 20th century, it took advantage of the exponential increase of coastal tourism and the increase of sugar prices to become one of the most economically active cities of the country. It became a type of bedroom community for the workers of the Punta Cana resorts, and a commercial crossroads located on the road between the capital and the coast. This was accompanied by a population growth that began in the 1970s and 1980s, due to high internal immigration in the country. 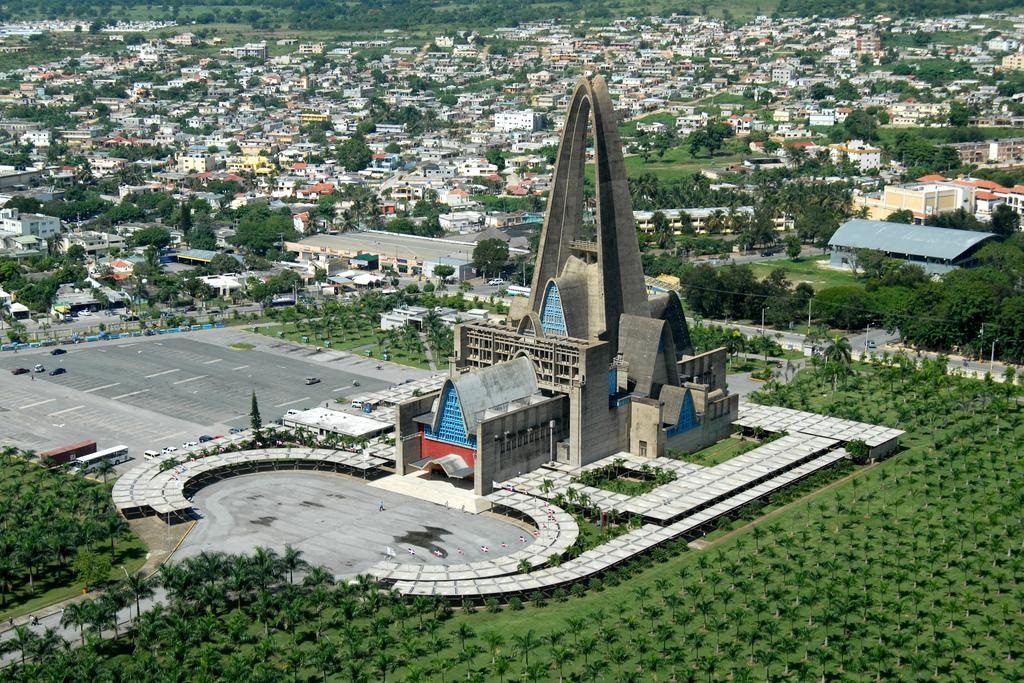 At the end of the Second World War, in 1947, an international competition was launched by the Dominican government to build a basilica in the city. It will take the place of the old sanctuary, built in 1572 under the Spanish occupation, at a time when the province of Higüey had acquired greater autonomy. Two French architects, André-Jacques Dunoyer de Segonzac and Pierre Dupré, won the competition. The project was very much influenced by the ideas of the modern movement, and its construction finally began in 1954, when the town had only 10,000 inhabitants (very far from the current 170,000). They built a monumental concrete building, on a scale totally disproportionate to the size of the city, following a Latin cross plan. One of the functions of the cathedral, made to justify its size, was to resist the hurricanes that regularly threaten the country. This monumental vessel is still today a physical (and spiritual) refuge in the event of a sea storm.
The most remarkable feature of this concrete mass is its arch, which rises to a height of 80m, depicting hands clasped in prayer. In 1960 special celebrations were already taking place but it was not until 1971 that the interior decoration, its frescoes and stained glass windows were completed. The interior will then reveal itself and will take all its dimension, allowing to emphasize its height under vault and the concrete skeleton of the nave. 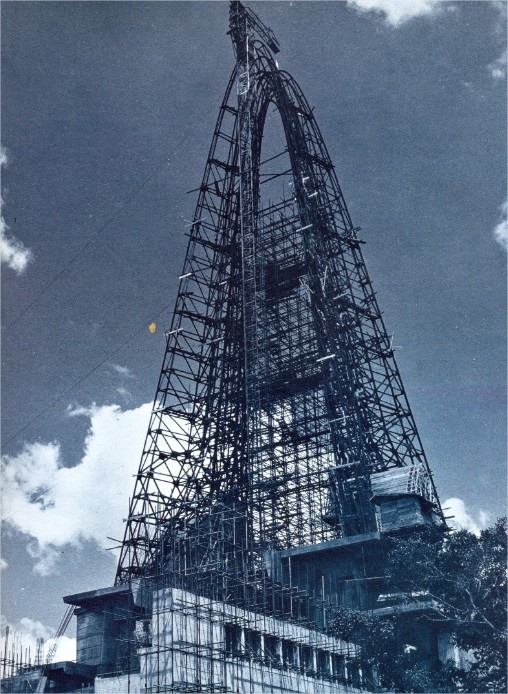 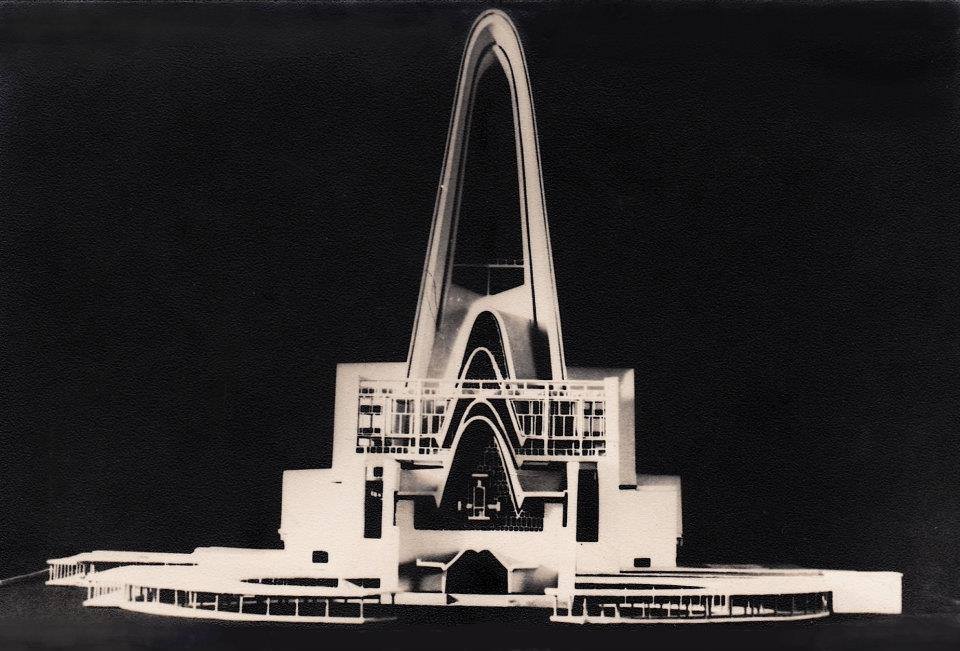 The construction of the city basilica was completed at the beginning of the economic and demographic growth of the city. Higüey, which will reach another scale, is then largely overhung by the concrete basilica, its monumental scale, its arch, its stained-glass windows with blue reinforcements and its red facade. This monument embodies a thousand-year-old history at the antipodes of the gigantic architecture of the hotels resort of Punta Cana or Bavaro, being built on the coast, and which will make enter the Dominican Republic in a new economic era. 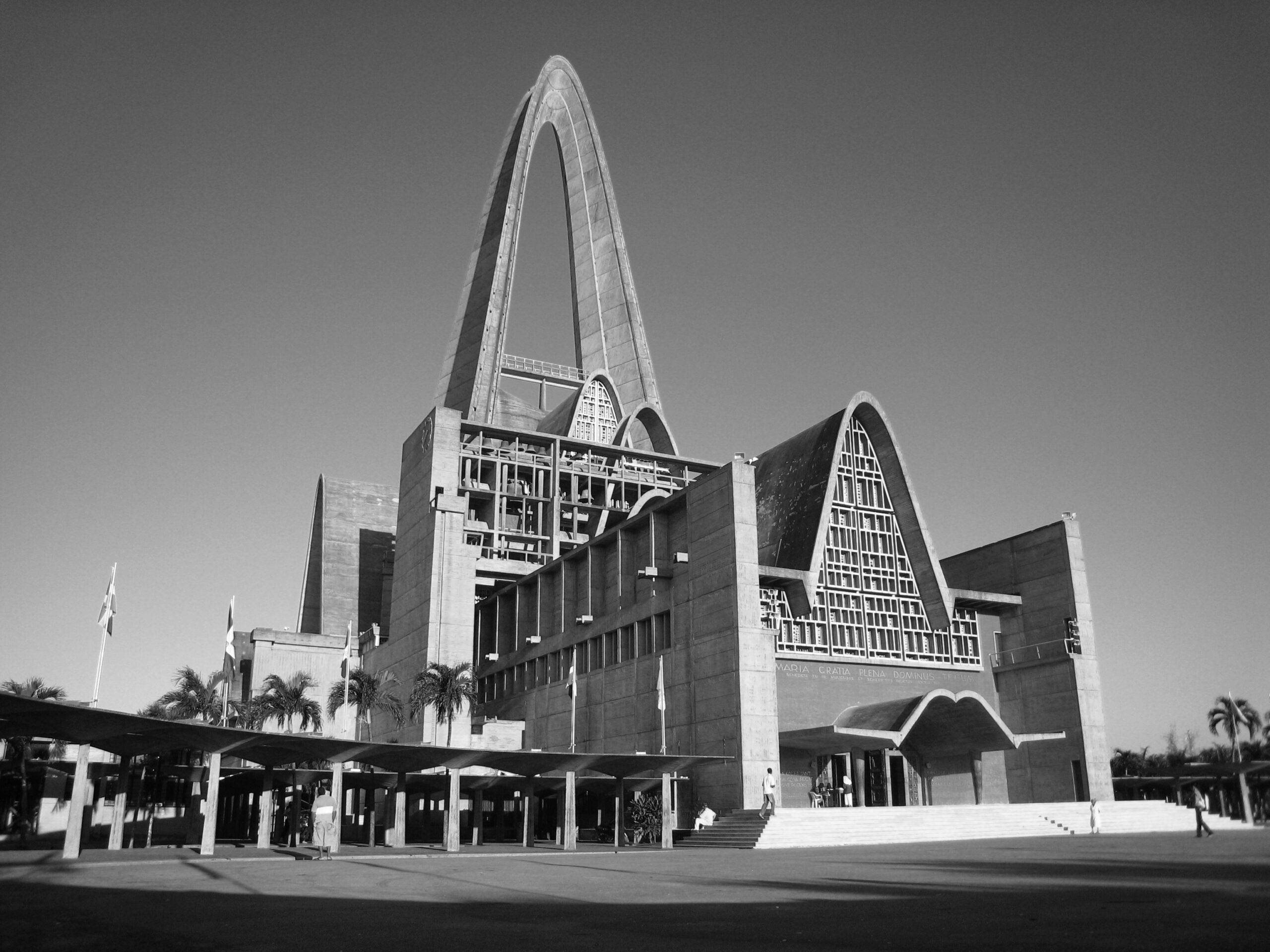 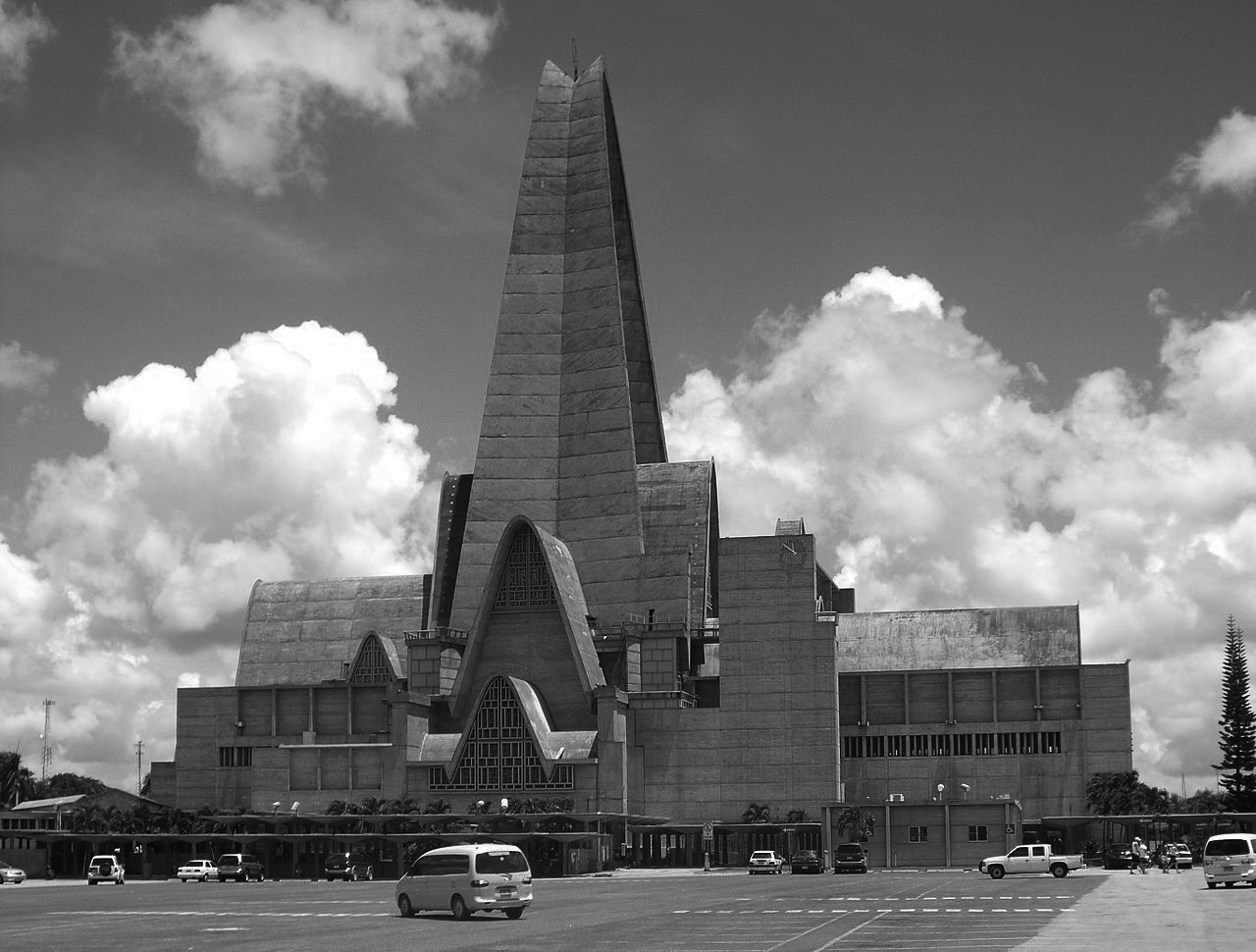 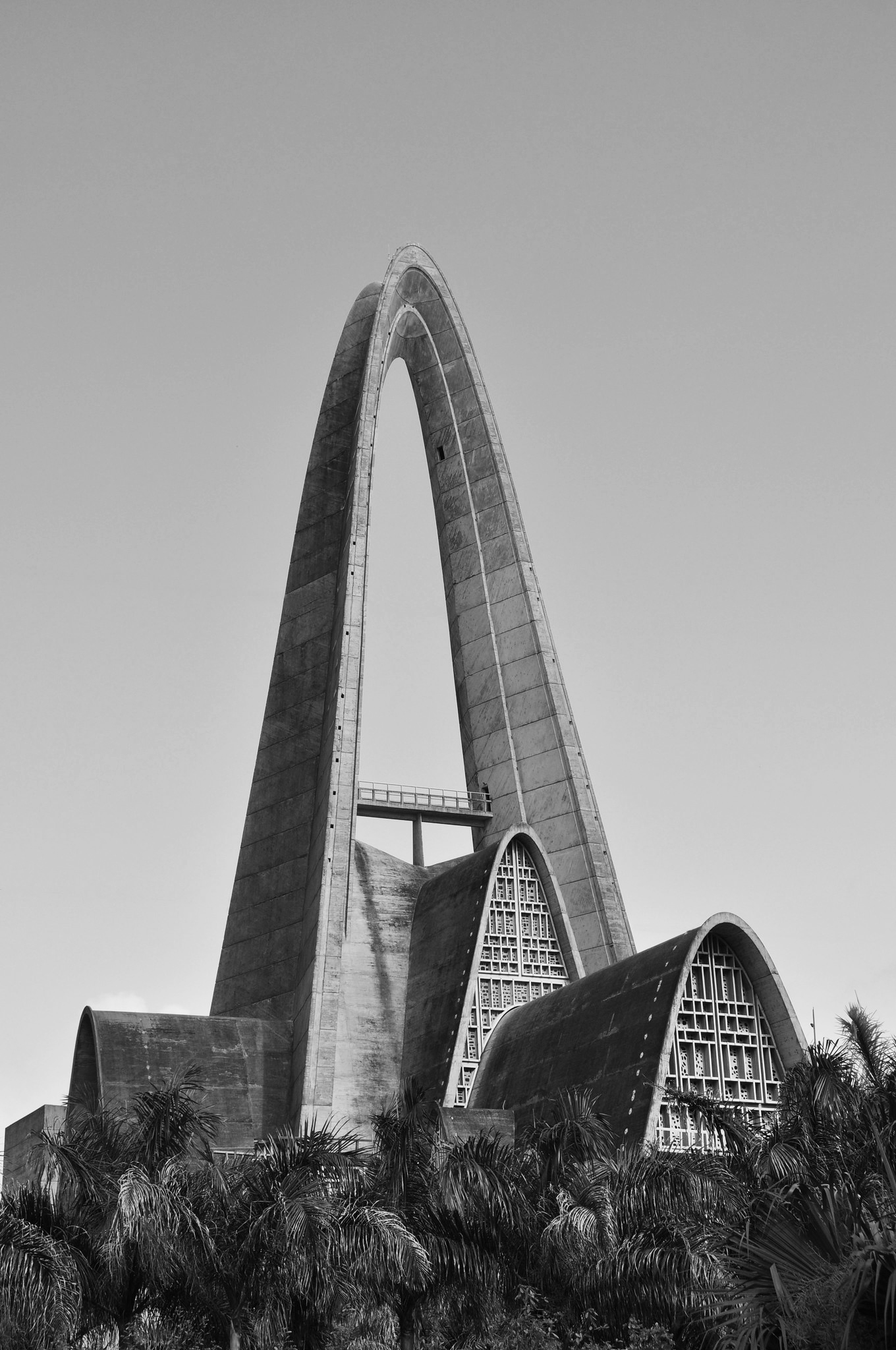 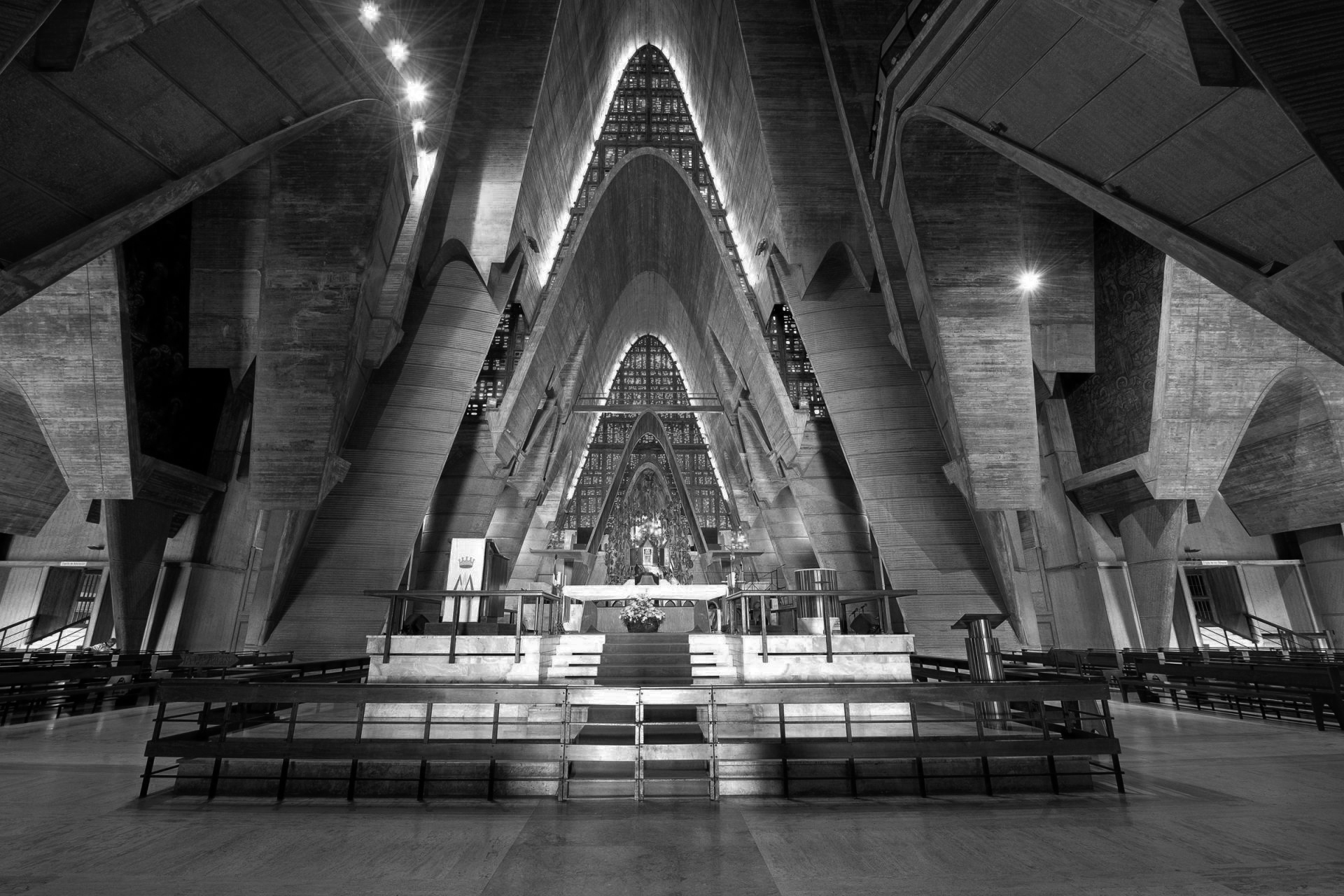 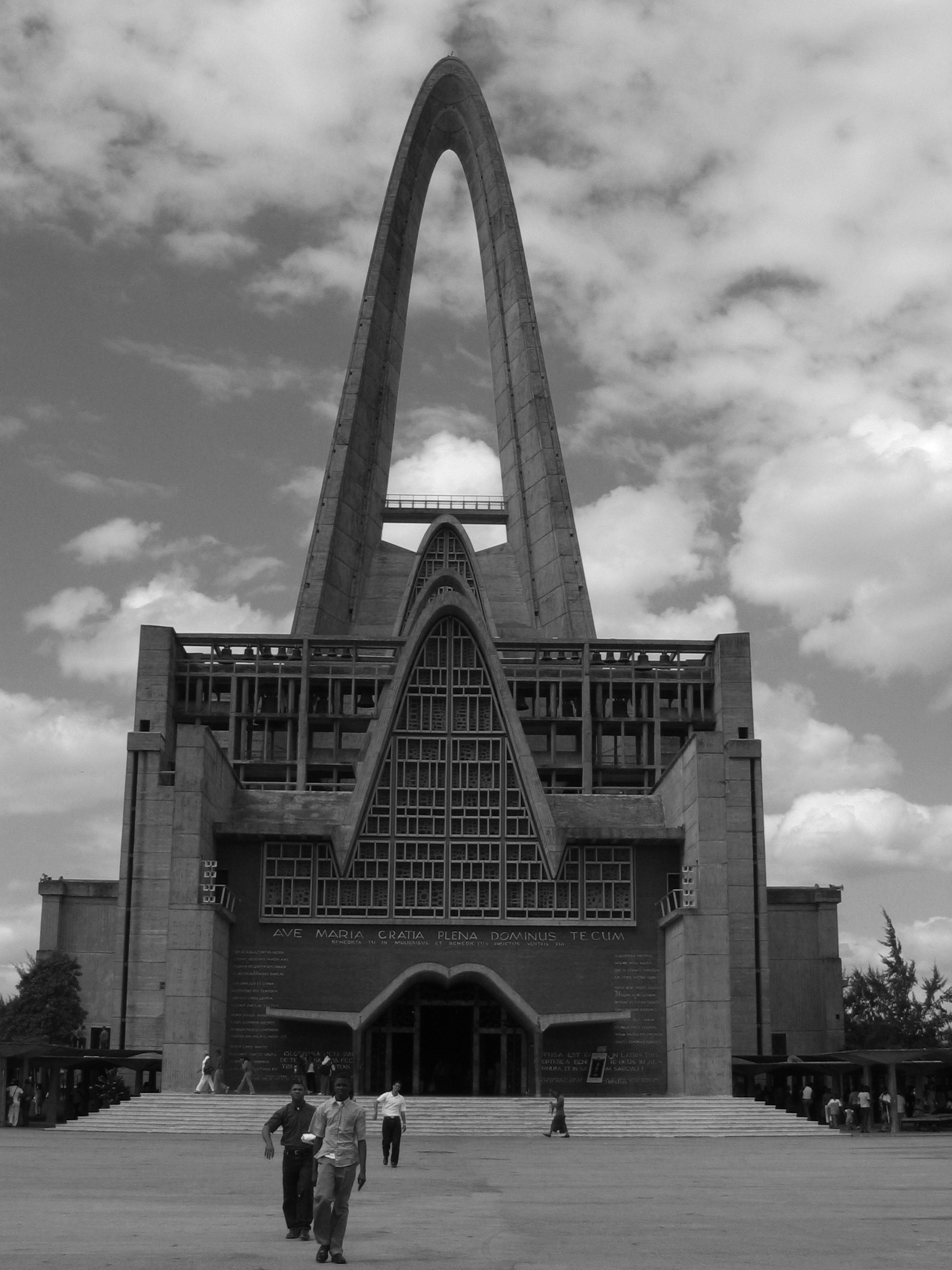 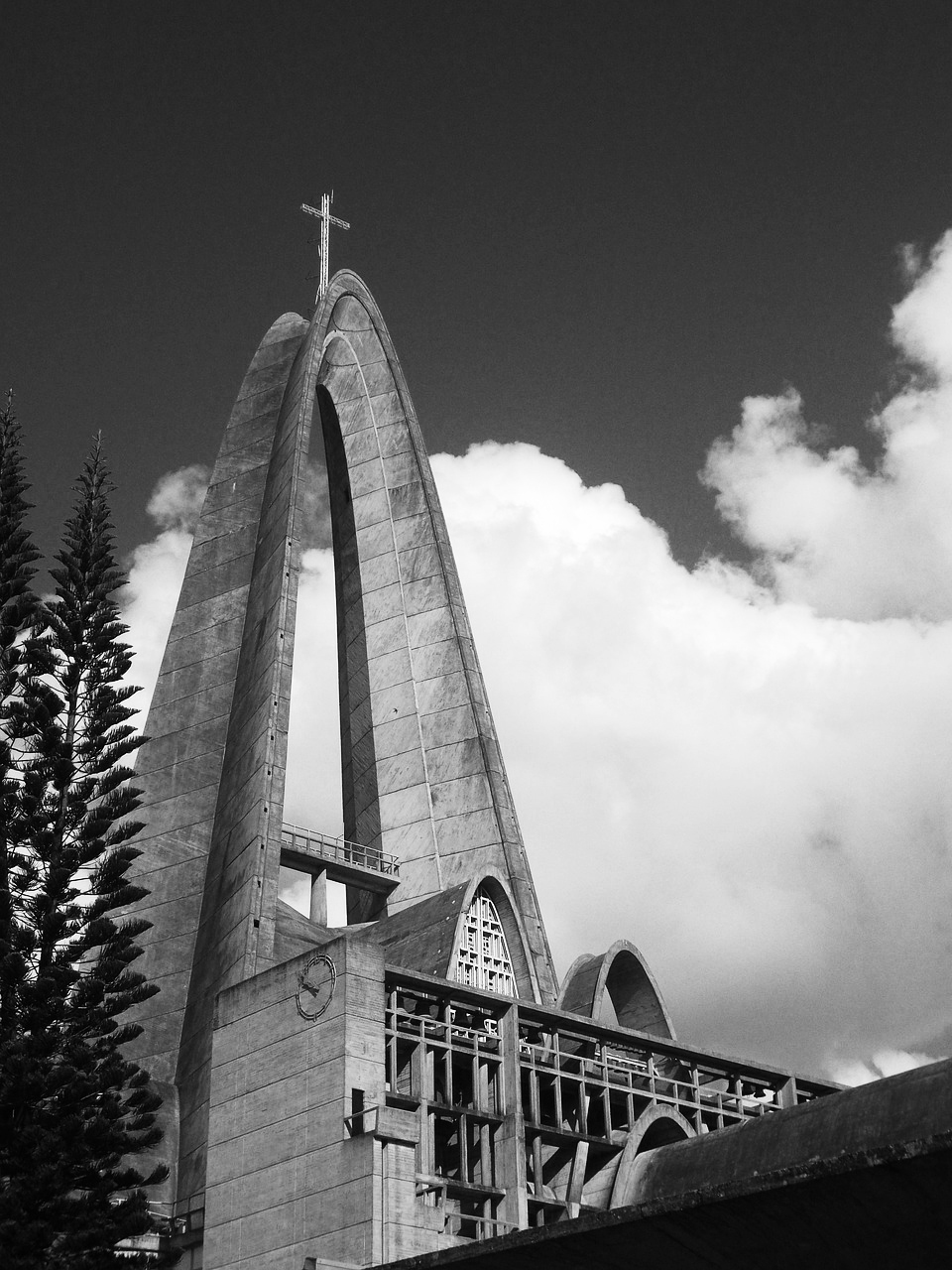 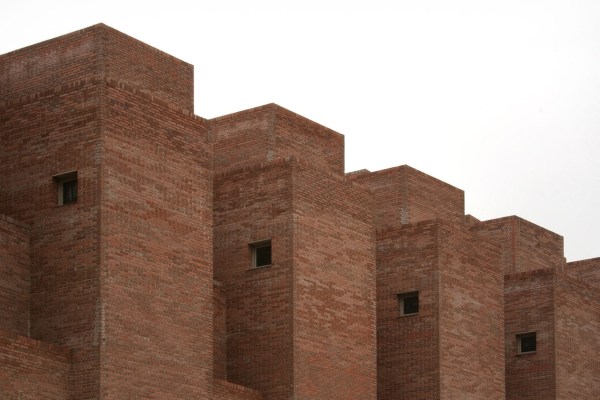 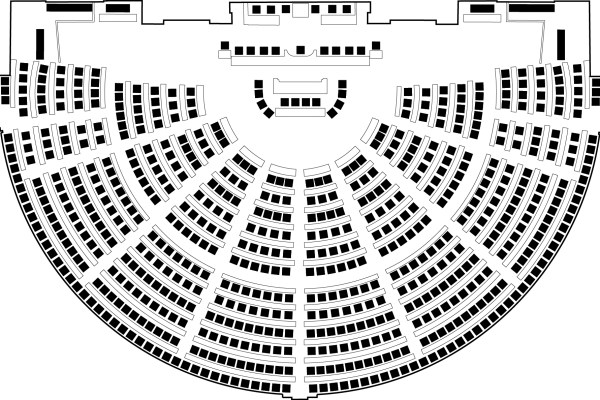 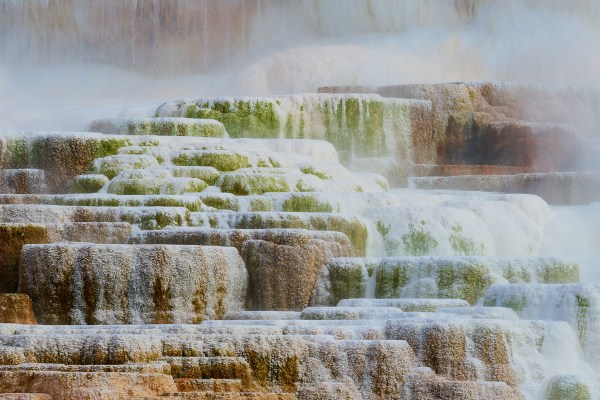 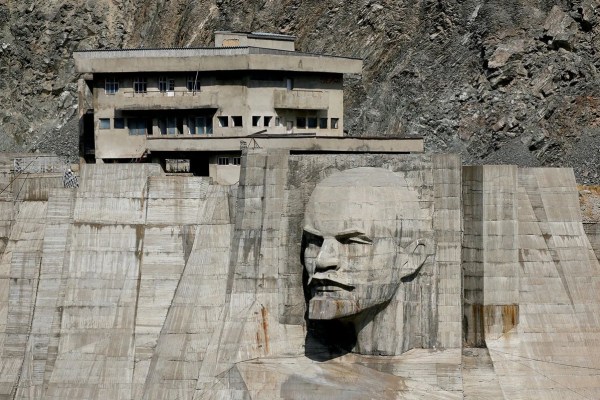