Perspective Map of Naples, a Guide from 1886

This perspective map of Naples is a touristic guide that was printed in chromatolitography. It was especially designed for young travelers making their Grand Tour in Europe.

The aristocratic tradition of the Grand Tour

From the end of the 17th century, young European (and sometimes North American) aristocratic men used to undertake a long journey called Grand Tour in several European countries. The purpose of this traditional trip was to perfect their education and culture, as well as to deepen their centers of interest. It was also an opportunity to network with aristocrats and diplomats in each country visited. The preferred destinations were Italy and France, the Netherlands, Germany and Switzerland. From the 18th century, some young adult went to the Middle East via Greece. The Grand Tour lasted several years, it was also made to reconnect the northern European civilizations with the Latin classsicism of southern Europe, as well as to perfect their knowledge of the Latin and Greek civilizations.
From the 19th century onwards, the Grand Tour took another turn, it was an opportunity to discover a vocation as a writer, painter, art or antiques collector, but also to spread neo classicism or Palladianism in Northern Europe. This educational trip took on a very touristic dimension, mercantilly speaking. Sometimes the adventures realized during this Grand Tour were recounted in published books, such as the stories of John Auldjo.

Naples, a privileged destination for tourism

The tradition of the Grand Tour has allowed cities to develop and highlight certain attractions according to a rich clientele. Engravings or paintings from Italy were on sale for young men to bring back as souvenirs, and maps were drawn to highlight the important points of a city. The map of Naples presented here is an example of these pocket cards sold to the aristocrats of the Grand Tour. Generously sized (73.66 x 97.79 cm), it shows the city and its surrounding hills. The publishers of the map, Richter & Co (1842-1930) were the official government printers, very active in the production of maps, posters and other promotional tools at the end of the 19th century. As its title indicates (it may be translated as “Perspective plan of the city of Naples with the rehabilitation and expansion works”), the map already showed some of the buildings that will be built during the risanamento operation, a large scale re-planning of some italian cities. To that extent, some remarkable buildings are highlighted and drawn in perspective on the map.

The colors of the map obtained by chromolitography make it an object with a very precise and admirable design. But what is equally interesting is the presence of perspective drawings of places to live, intended for young travelers, as well as local shops. Therefore are represented several hotels or lodging, a panorama of the bay from the room of a hotel, bookstores, art dealers, pharmacy etc. Each square, church, public building, theater is listed and placed on the map. The map itself is in several languages, mostly Italian and French but also English and German. The advertisement presented on the right side of the map ends this guide map which makes it an indispensable object for the travellers of the time. The colorful graphics, the views and the perspective representation of the city’s remarkable buildings on the map are graphic codes used until today in tourist guides. 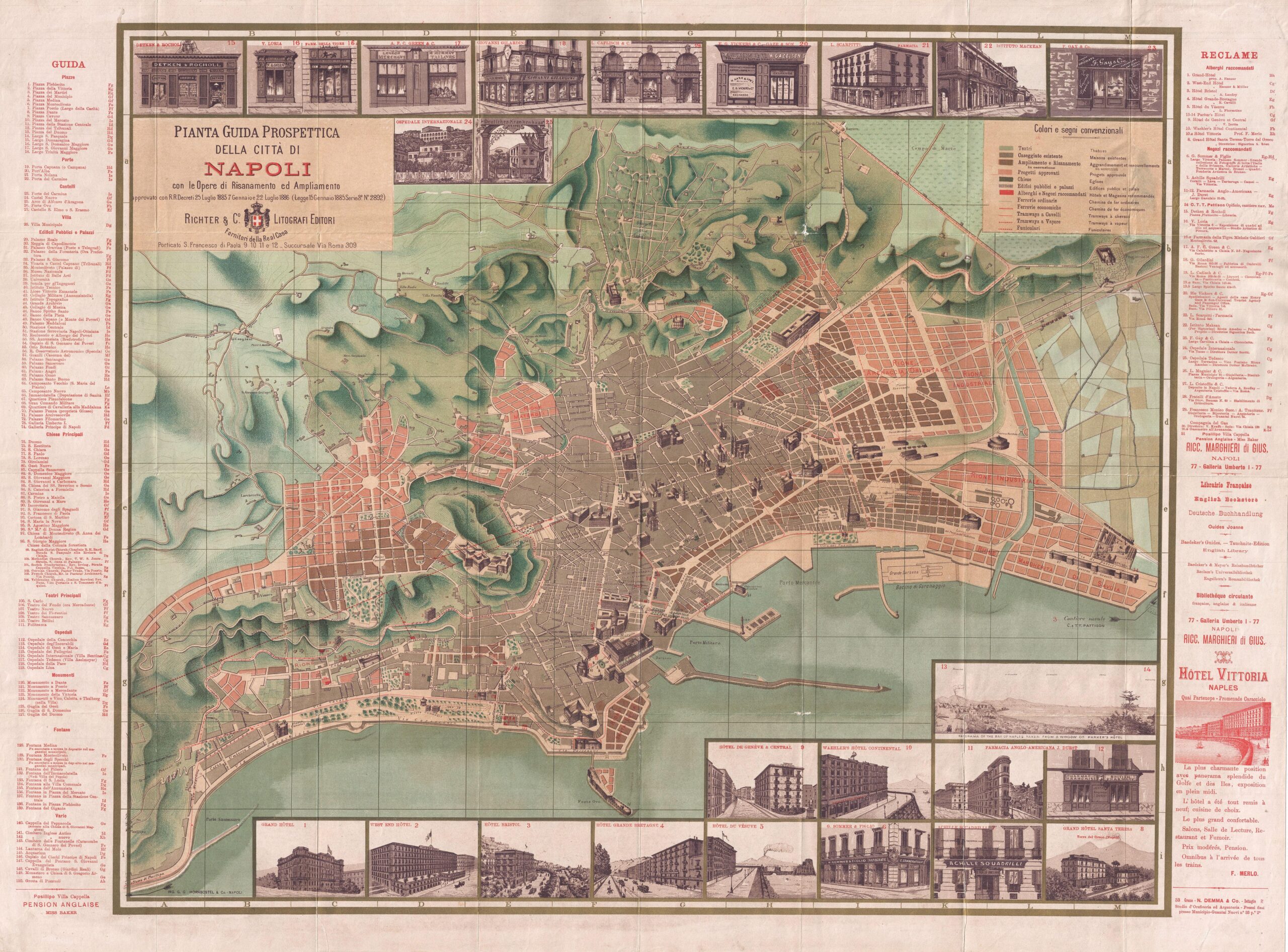 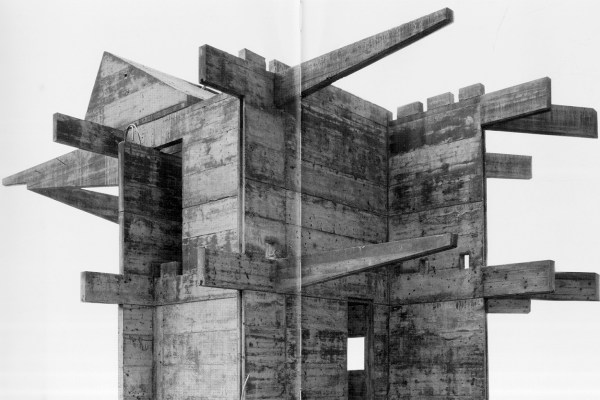 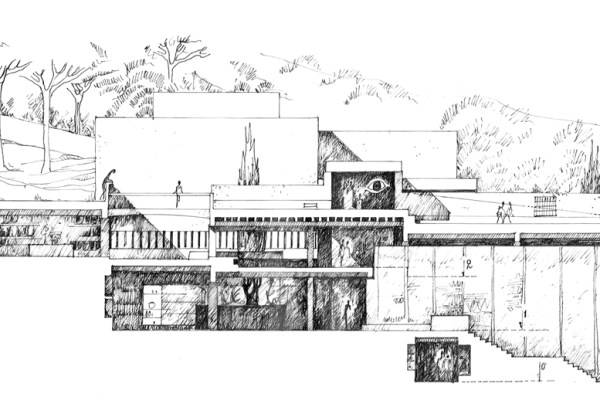 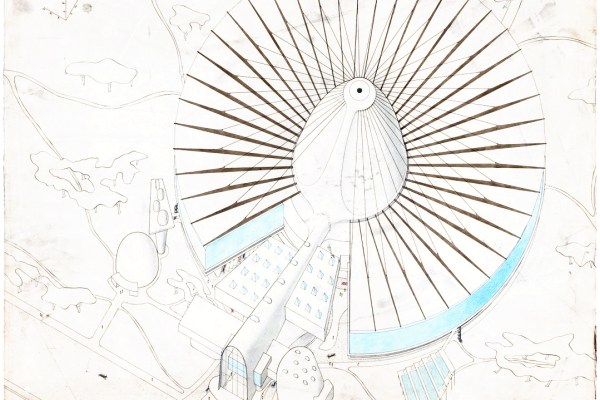 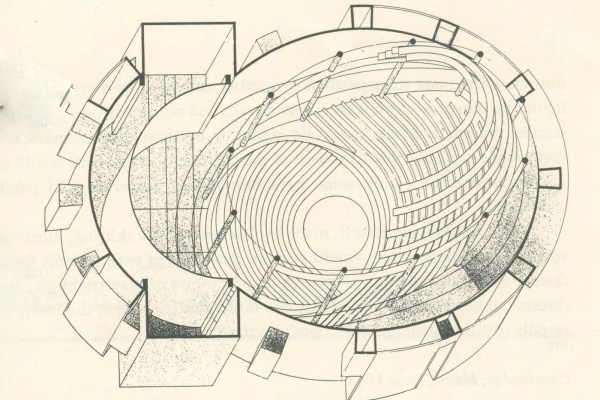